The Institute for Pension Fund Integrity (IPFI), which focuses on fighting for fiduciary responsibility in public pension funds, believes it is important to investigate the merits and potential scope of environmental, social and governance (ESG) investments.

“ESG investments should be made when they add value to a fund. When such investments will not improve the financial performance of the fund, or the decision to invest in them is based on political motives, they should be forgone,” it says in a report, “ESG INVESTING FOR PUBLIC PENSIONS: September 2018 Does It Add Financial Value?”

While the report focuses on issues in consideration of ESG investments for public pension funds, the findings can translate into good practices for selecting ESG investments in private defined benefit (DB) and defined contribution (DC) plans.

Although ESG ratings can be useful when used properly, they should not be the sole metric used to make investment decisions. IPFI considers the Vice Fund (formerly known as the Barrier Fund), which according to Morningstar, has a low sustainability score. The Vice Fund is a mutual fund that invests a significant amount of its funds into firms that profit off human ‘vices’ (i.e. tobacco, alcohol, weapons, and gambling). While such a fund would be politically unappealing to many investors, it consistently yields strong returns. Over the past five years, the fund has had a return of 10.52% and has an alpha and Sharpe Ratio of 2 and 1.008 respectively, making it a relatively high-performing, low-risk investment.

The report says this is a good example showing that while ESG is a useful tool for guiding investments, it is not the only metric that should be considered when designing a portfolio.

IPFI looked at case studies and examples of how problems can be seen in the actions of pension managers in the real world. One example showed that proxy recommendations could guide corporate decisions in less than profitable directions under the guise of ESG proposals. In another, the California Public Employee Retirement System (CalPERS) voted to divest its investments from tobacco companies. This vote resulted in the plan selling off over $670 million in tobacco stocks. CalPERS defended its decision by arguing that tobacco is an unhealthy product that contributes to major health issues and lower life expectancies and that, as a government agency, it could not take part in the funding of such a product.

However, IPFI says politically motivated choices are not the type of decision that a fiduciary should make in regard to its fund. The primary goal of the CalPERS board, and every other fiduciary, is to ensure the strong and stable performance of its fund. Tobacco stocks were, and still are, high-performing investments. According to the report, it is estimated that the annualized return on tobacco-related securities is around 18.6%, compared to a broad market return of 7.4%. Further, a review of the CalPERS divestment concluded the act ended up costing the plan in excess of $3 billion.

“While ESG investing can have benefits when considered as a part of a robust investment strategy, ultimately, if the investment does not add alpha then the fiduciary should opt for something else,” the report concludes. 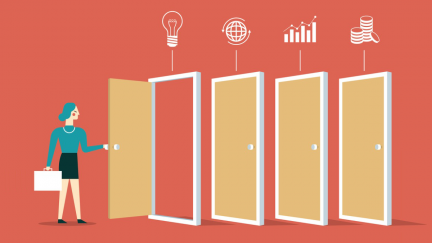 Guaranteed sources of income, low debt, a clear spend-down strategy and advisory services are four drivers of financial security in... 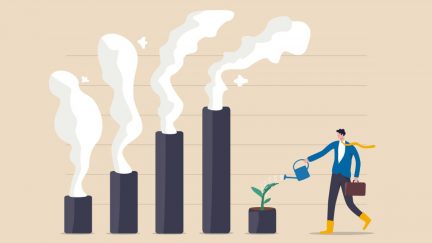