According to Steven Wilkes, of counsel, the Wagner Law Group, there are more than a few pressing items that should be top of mind for plan sponsors heading into the back half of 2016—but chief among them is probably prepping for the Department of Labor’s (DOL) fiduciary rule reform.

Wilkes outlined his argument during the opening day of the 2016 PLANSPONSOR National Conference, held for the first time this year in Washington, D.C. Just a few miles from the department’s headquarters, he urged plan sponsors in the audience to study the broadening of the DOL’s definition of the term “fiduciary” directly to determine how it will apply to the intricate workings of their own plans.

It won’t be easy or particularly fun actually sitting down and reading the 1,000-plus pages of rulemaking, he admits, but there is so much that can vary from plan to plan that individual sponsors absolutely must perform their own review. “The time to start asking questions of your service providers is now,” he suggested, warning those who simply take a cursory look or simply do nothing at all may find themselves in for a rude awakening as implementation deadlines pass in 2017 and 2018.

“Service providers should be eager to help you make any necessary adjustments, and any plan counsel you have access to should review your documentation and the documentation needed by any providers to qualify for exclusions/exemptions,” Wilkes said. “It’s a complicated rule, but there is nothing like engaging with the language yourself and asking the tough questions for yourself.”

On Wilkes’ reading, the new rule “clearly broadens the scope of advisers who will be deemed to be individual retirement account (IRA) or defined contribution (DC) plan fiduciaries.”

“It impacts all plan vendors in at least a peripheral way,” he warned, “not just broker/dealers or registered investment advisers earning commission-based compensation. Exclusions from the new definition will directly encourage the increased flow of information to plans, so that is something else to watch out for. You will soon start seeing drafts of disclosures and warranties coming from asset managers, advisers, recordkeepers and other providers.”

Staying true to the “Fiduciary Rule Fundamentals” presentation title, Wilkes explained the key deadlines plan sponsors should be working towards alongside counsel and plan providers.

“We all remember the new rule was finalized on April 8, 2016, and barring any successful litigation that could put the brakes on implementation, the new definition is effective just about a year later, on April 10, 2017,” he said. “The phase-in of the prohibited-transaction conditions start with the interim conditions, effective April 10, 2017, and then they roll into heavier conditions going into effect Jan 1, 2018.”

NEXT: Boiling it all down

According to Wilkes, the new prohibited transaction exemption requirements will generate significant new disclosures and warranties needing review by plan sponsors and counsel.

He predicted one of the most abrupt changes plan sponsors will face is that the new fiduciary definition seems to include one-time advice, dropping the “regular basis” condition that previously existed under ERISA’s so-called five-part test.

“There is no longer a need for ‘mutual understanding’ of parties in order for the fiduciary relationship to be triggered. Advice may address particular investment needs or a particular investment decision, and does not necessarily need to be individualized, to cause one to be a fiduciary. Clients only need to receive advice. Some are arguing the advice does not even need to be the ‘primary basis,’ and they’re probably correct, depending on how the rule gets enforced.”

Even with a broadened rule, Wilkes was quick to add that there will still be forms of non-fiduciary service out there. “Platform providers are excluded from the rule in some important ways, for example, and so are those engaged solely in unbiased investment education,” he explained. “General communications a reasonable person would not view as investment recommendation are also excluded, such as newsletters, talk shows, speeches at conferences, research or news reports, market data, etc.”

Wilkes added that large plan sponsors will see the rule play out a little differently, given the “sophisticated investors” exclusion which basically allows large plans and their advisers more flexibility built around the assumption that sponsors at the largest plans will have sufficient experience to protect themselves and their participants from any bad deals. But even large plan sponsors taking advantage of this exemption may see significant changes in terms of product availability and documentation, and they should be prepared in some cases to start paying more for services that may have previously been inexpensive or even complementary—now that they are deemed to be “fiduciary” services.

Overall, Wilkes advises sponsors not to pay too much attention to the crop of lawsuits that have come up in recent weeks, seeking to halt the DOL rulemaking via the district or appellate courts.

“So far I have seen nearly 30 different points of complaint against the rulemaking, contained in a small handful of lawsuits, ranging from First Amendment challenges to suggesting the DOL is purposefully being arbitrary and capricious in widely expanding its fiduciary standard,” he said. “There are some important issues to consider in these complaints, certainly, but I have to say we are expecting that the new rule is here to stay and that the deadlines we have seen will be enforced.” 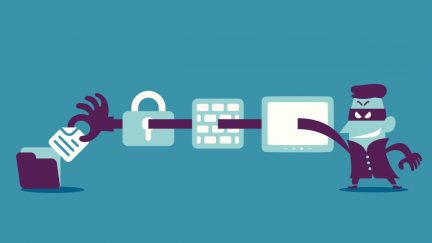 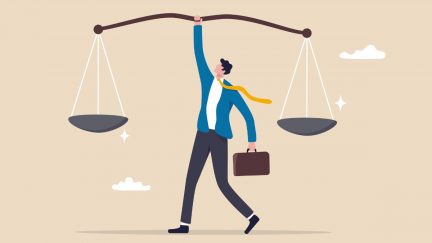 The plaintiffs’ fiduciary breach claims were dismissed, with prejudice, in United States District Court for the Eastern district of Wisconsin

Vernon and Shirley Hill will pay more than $2 million after claims the couple invested as much as 70% of...
SPONSORED MESSAGE — SCROLL FOR MORE CONTENT