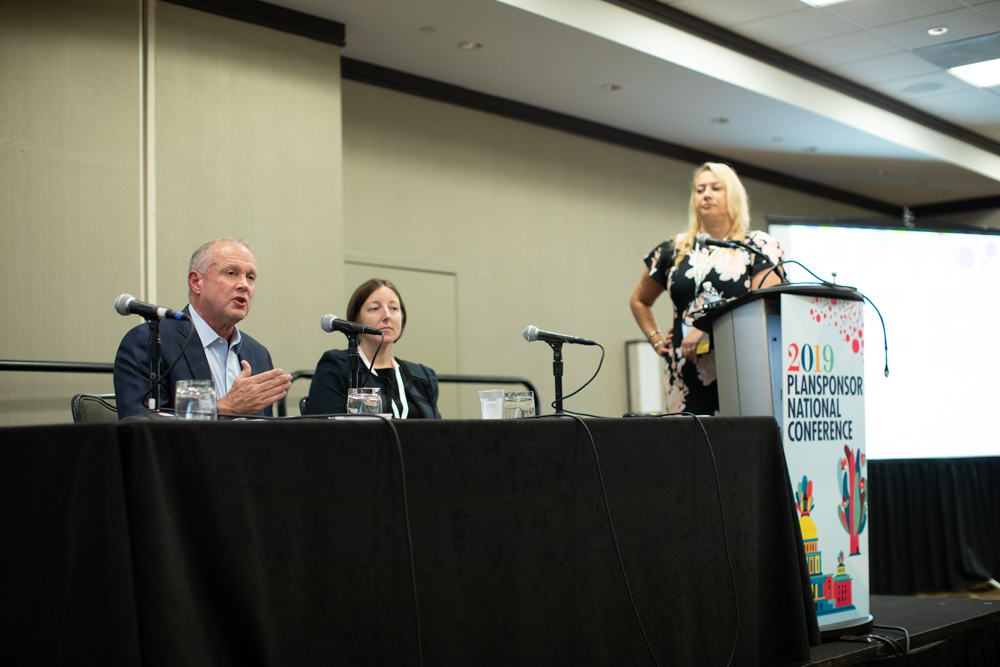 Right from the start of the session, the panelists emphasized that the last day of the 403(b) plan remedial amendment period may seem far off—at the end of March 2020—but in reality this date will approach very quickly from the perspective of managing and amending retirement plans. It always takes more time than expected to make changes to plan documents and designs, the panel noted, and for this reason, both Employee Retirement Income Security Act (ERISA)-governed and non-ERISA 403(b) plan sponsors should start working on any plan restatements now.

Kidwell noted that the roots of the remedial amendment period go back to IRS regulations that were put into place in 2007, which stated that all 403(b) plan sponsors (other than certain church plan sponsors) had to adopt a written plan document no later than December 31, 2009—a new requirement for non-ERISA plans.

At that time, Kidwell said, the IRS did not offer a lot more guidance about what the document needed to say or include. In fact, the IRS indicated that the plan document requirement could potentially be satisfied with a collection of documents, sometimes referred to as the “paper-clip” approach, with one centralized document and additional provisions found in a variety of documents, including underlying investment product contracts, administrative and service agreements, procedures, and if applicable, state statutes and regulations.

The panel shared some theoretical examples of how a plan could take advantage of this amendment program. Consider a nonprofit that adopted a 403(b) document effective January 1, 2009, and the document said the plan only accepts employee deferral contributions, but around 2015 the plan sponsor decided it would match employee deferrals and never amended its plan to reflect that. In this case, the IRS says if the plan sponsor had a good document in place at the end of 2009 and adopts a prototype as of March 31, 2020, it can add an amendment reflecting the effective date of the match with no penalty for not operating in technical accordance with the plan.

According to Kidwell and Boberg, one of the most common problem areas that plan sponsors should review is the definition of compensation. Both also agreed that, if a 403(b) plan sponsor thinks they have no issues whatsoever, they probably haven’t looked closely enough.

“The application of universal availability rules is another big area where there are common mistakes,” Kidwell said. “You can’t just make people eligible. You actually need to let people know at least annually that they are eligible. Often this second part is missed, and there is no regular eligibility notice going out.”

Now that the worst of the coronavirus pandemic has lifted and work has largely returned to normalcy, so too has...

Another House committee has held a hearing on the popular ‘SECURE 2.0’ legislation, setting the stage for a full floor...

The firm says the aim with each is to help participants reach their financial goals.
SPONSORED MESSAGE — SCROLL FOR MORE CONTENT