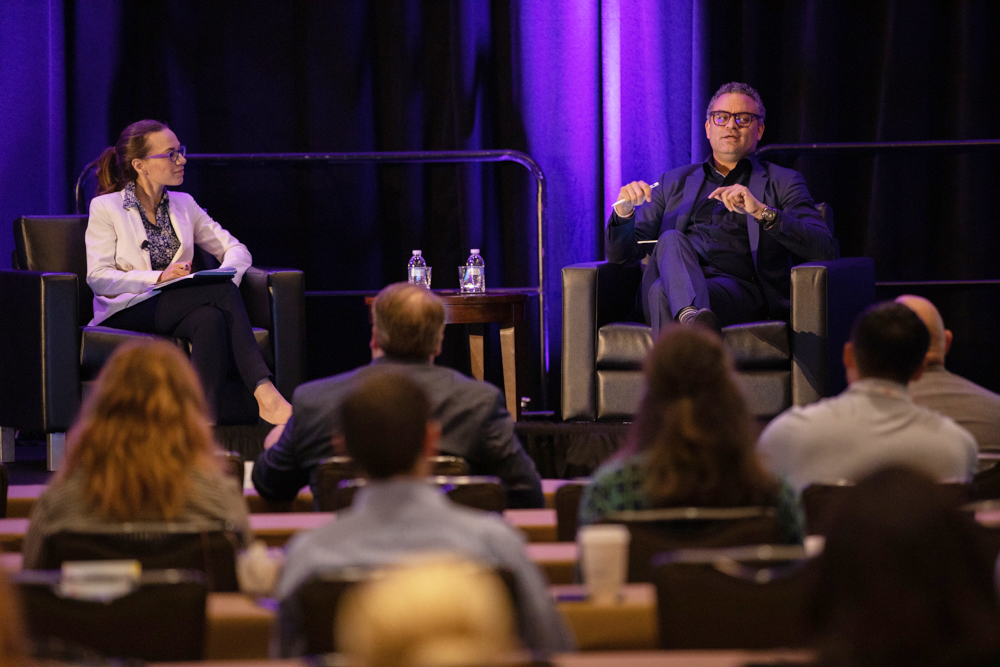 During a far-reaching discussion at the 2019 PLANSPONSOR National Conference in Washington, D.C., Jonathan McBride, managing director and global head of inclusion and diversity at BlackRock, admitted candidly that in a perfect world, his job wouldn’t exist.

“The only reason I can have a title like ‘global head of inclusion and diversity’ is because people still don’t believe that corporations, whether we’re talking about financial services companies or any other sector, can grow to be fully diverse and inclusive on their own,” McBride said. “My title is an acknowledgement that there is a problem with inclusion and diversity that must be tackled head-on.”

The numbers bear this out, McBride said. Right now just 19% of financial advisers in the U.S. are women. When one considers the professional fields that intersect with the financial and retirement advisory space the problem is thrown into sharper relief; fully 52% of accountants are women and 32% of attorneys are women. At the same time, even though African Americans make up about 13% of the United States population, the U.S. Bureau of Labor Statistics reports this group accounts for only about 7.6% of financial services professionals.

McBride talked about his own background as a mix-raced man working in corporate America, noting that he has been thinking about diversity and cultural inclusion issues throughout his professional life. Notably, McBride worked for the Obama Administration, first serving as Deputy Director of Personnel and then later as the full Director of the White House Presidential Personnel Office.

In recent years, McBride said, the conversation about inclusion and diversity in the corporate office setting has slowly but surely grown to be more pressing and sophisticated. This has occurred for many reasons, he said, including the fact that Millennials—the most diverse generation in U.S. history and also the largest—now make up a sizable and growing portion of the workforce. He contrasted the current diversity discussion with work that was being done by financial services firms in the 90’s and early 2000’s.

“At that time, there was actually some short-lived success bringing people of color and more women into the financial services field,” McBride explained. “However, firms quickly proved to be pretty poor at retaining these people. A big reason why this occurred, and why the industry returned to a bad state from the diversity perspective, is that many firms did very little to make sure people felt like they belonged. They thought getting diverse candidates in the door would be enough.”

“Employers are starting to understand that they can’t just bring in diverse people and pretend everyone is exactly the same,” McBride said. “This is why you will hear more and more about the concept of ‘belonging’ in the workplace. This idea is based in the belief that homogeneity is not a strength, necessarily, and that supporting people with different outlooks and expectations will result in a stronger and more loyal workforce.”

McBride encouraged all employers, even those that are already diverse and inclusive, to think about how they can inspire “emotional ownership” among their employees.

“The concept of emotional ownership is what sets a truly great company apart from a good company,” McBride said. “The CEOs and executives at great companies have figured out how to get employees to take their jobs personally. They empower people at all levels of the organization to feel like owners.”

On this point, McBride said that an employer’s attitude about paid time off and work-life balance is critically important.

Job openings are at record highs, fast food and retail outfits are offering hiring bonuses, and large corporations from retail...

The vast majority of employees say they would feel more invested in staying with their employer if it offered tailored...
SPONSORED MESSAGE — SCROLL FOR MORE CONTENT