In recent months, the latitude given to fiduciaries looking to self-correct errors in plan administration has been expanding.

In November 2022, the Department of Labor proposed a rule that would expand the Voluntary Fiduciary Correction Program. The proposed rule would permit fiduciaries to correct errors related to the repayment of loans and delayed investment of employee contributions if the error was no older than 180 days and did not amount to more than $1,000. It would also require the fiduciary to provide notice to DOL after the fact, instead of seeking pre-approval.

More on the VFCP proposal can be found here. The comment period for the proposal closed today.

A public comment letter submitted to the DOL today by the ERISA Industry Committee (ERIC) was supportive of the proposal. It did, however, call for $10,000 and 365-day limits instead of the proposed $1,000 and 180-day limits.

The letter noted that the SECURE 2.0 Act of 2022 made some changes that will ease self-correcting processes.

Section 305 of SECURE 2.0 allows plans to self-correct errors related to loan administration through the Self-Correction Program under the Employee Plans Compliance Resolution System, within the jurisdiction of the IRS.

According to Matt Hawes, a partner in Morgan Lewis, the IRS previously did not allow for self-correction of administrative loan errors, instead requiring a process called the Voluntary Correction Program, which allows a sponsor to pay a fee and request IRS approval to make a correction. Now sponsors can use the self-correction program, which does not require contacting the IRS or paying a fee, to correct these errors.

Jason Lee, an ERISA attorney and principal with Groom Law Group, Chartered, says there is overlap between the DOL VFCP proposal and Section 305. If the proposed rule goes into effect, the DOL will be required to treat plan participant loan failures—such as those resulting from a mistaken amount or duration—that are self-corrected under IRS SCP rules as also satisfying the DOL’s VFCP’s rules. Section 305 authorizes the DOL to require notice from plans that use this method but does not mandate the DOL to do so.

For plans to use the self-correction process under Section 305, the loan error in question must be an “eligible inadvertent” mistake. In order to be considered an “eligible inadvertent” mistake, the failure must have happened despite the presence of appropriate policies and procedures, cannot be an “egregious” failure and cannot relate to either the misuse of plan assets or “abusive tax avoidance.”

Hawes explains that Section 305 of SECURE 2.0 deals with “run of the mill” administrative issues relating to loans, but the DOL proposal was limited to deposit failures, such as not repaying loans or investing contributions.

It is not clear if Section 305 in SECURE 2.0 will be accounted for or otherwise affect the DOL’s VFCP proposal under consideration. Hawes says this provision could result in the DOL “tweaking the rule a little bit,” but not necessarily.

Other Self-Correction Sections of SECURE 2.0

Section 301 of SECURE 2.0 addresses overpayment corrections by allowing plans to opt not to collect benefit overpayments, or to collect them by reducing future benefits. David Levine, an ERISA attorney and partner at the Groom Law Group, explains that “Fiduciaries believed it was their responsibility to go after overpayments. This enhancement provides protection and allows fiduciaries to act in a participant-friendly way without running afoul of their ERISA duties.”

Section 350 permits the correction of errors related to auto-enrollment beginning in 2024. This section allows a grace period of 9.5 months after the end of the plan year in which an error was made for a sponsor to correct “reasonable” errors without penalty. These errors can include things such as improperly excluding an eligible employee from the plan. 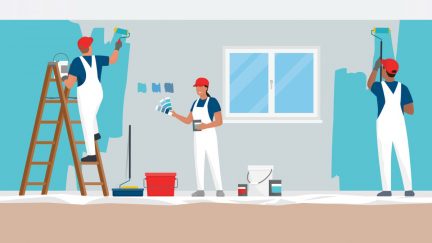 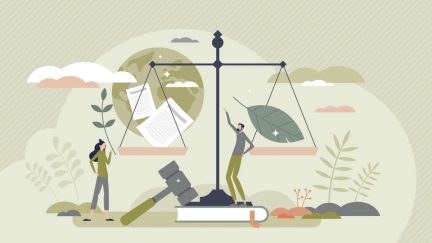 The DOL’s new rule on ESG, which takes effect today, is being challenged by a range of actors in a...

Legislators seem to have dropped a section from the final version of SECURE 2.0 that nullifies catch-up contributions in retirement...
SPONSORED MESSAGE — SCROLL FOR MORE CONTENT