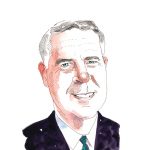 On June 21, the U.S. Court of Appeals for the 5th Circuit issued its mandate officially vacating in toto the Department of Labor (DOL)’s 2016 fiduciary rule, including the best interest contract or “BIC” exemption, along with the DOL’s other related 2016 prohibited transaction exemptions (PTEs). The mandate is the final chapter in the department’s fiduciary rule saga and follows the 5th Circuit’s March 15th judgment in U.S. Chamber of Commerce v. DOL, where the court held that the fiduciary rule was invalidly promulgated. The following provides some background of the decision and what can be expected going forward.

The Decision
The March 15th decision was sweeping in scope and represented a resounding defeat for the DOL. The court determined that the fiduciary rule conflicted with the statutory text of Section 3(21)(A)(ii) of the Employee Retirement Income Security Act (ERISA)—and with the counterpart provision in the Internal Revenue Code of 1986 (IRC)—which assigns fiduciary status to persons who render investment advice for a fee or other compensation or have any authority or responsibility to do so.

The decision examined the common law meaning of the word “fiduciary,” which, in the court’s view, required a relationship of trust and confidence. The court ruled that, by attempting to broadly expand the universe of persons to whom fiduciary status is assigned to include ordinary salespersons, such as stockbrokers and insurance agents, the rule “fatally conflicts with the statutory text.”

The court also reasoned that, even if one were to assume for the sake of argument that the rule did not conflict with ERISA and the IRC, it nonetheless failed to meet the “reasonableness” requirements of the U.S. Administrative Procedures Act and those under the U.S. Supreme Court’s Chevron doctrine.

The court found that the fiduciary rule was unreasonable for numerous reasons, including for infringing on “SEC [Securities and Exchange Commission] turf”—i.e., the regulation of broker/dealer (B/D) sales practices and compensation—in a manner that undercuts Congress’ Dodd–Frank instruction to the SEC not to prohibit commission-based compensation. In this regard, the court expressed the view that “[r]ather than infringing on SEC turf, DOL ought to have deferred to Congress’ very specific Dodd–Frank delegations and conferred with and supported SEC practices to assist IRA [individual retirement account] and all other individual investors.”

The court concluded that the fiduciary rule bears all of the hallmarks of an unreasonable regulation and an arbitrary and capricious exercise of administrative power.

Next Steps
The court’s issuance of the mandate finalizes the legal battle over the fiduciary rule, as the deadline for a party to request that the Supreme Court take the case lapsed after June 13. What this means is that the “five-part test” from 1975 has sprung back to life, and Advisory Opinion 2005-23A—the Deseret Opinion—has likely been restored. Over the past three months, plan service providers have prepared for this shift, which largely brings about a restoration of the pre-fiduciary rule legal structure. That being said, regulators at both the state and federal level are paying closer attention to the retirement space.

In the short term, many financial institutions that had relied on the transition portion of the BIC exemption are considering their next steps. One option being considered is to retreat from fiduciary status. A second alternative is reliance on Field Assistance Bulletin (FAB) 2018-02. Under the FAB, the DOL has taken the position that, until regulations, exemptions or other administrative guidance have been issued, it will not pursue prohibited transaction claims against fiduciaries “who are working diligently and in good faith to comply with the impartial conduct standards for transactions that would have been exempted” had the rule and related exemptions not been struck down.

Looking further ahead, the retirement industry will likely need to further engage with regulators. The SEC recently proposed rules that would cover it; therefore, the industry will need to be active in figuring out whether these regulations are workable.

Separately, financial institutions that achieved BIC exemption compliance may seek new exemptions that provide prohibited transaction relief for advice fiduciaries. Finally, consumer groups will likely continue to push for additional consumer protection regulations at both the state and federal levels. When there is a change in administration, it is possible that legislation or new regulatory efforts could commence.

While the seas have yet to settle on the fiduciary debate, plan sponsors should continue to follow developments in this area and how their service providers react to the change.

Stephen Saxon is a partner with Groom Law Group, Chartered, in Washington, D.C. George Sepsakos is an associate with Groom.

Plaintiff Must Arbitrate 403(b) ERISA Claims

An order filed in an excessive fee lawsuit against Baptist Health South Florida says the 403(b) plan in question effectively...

A federal court certified a class of trustees, sponsors and administrators of all ERISA employee benefit plans that owned variable...