Melissa Kahn, managing director of retirement policy for the defined contribution team at State Street Global Advisors (SSGA), took time out of a busy schedule on Thursday to offer her expectations for what comes next following the House’s passage of the SECURE Act.

“Like many other industry stakeholders, we are thrilled with the step taken by the House today,” Kahn said. “This will hopefully prove to be a major step toward ensuring that workers can achieve a secure retirement. The SECURE Act covers so many different areas across retirement plan access and coverage, savings efficiency, lifetime income and more. It really is a great package in total.”

Kahn said she and colleagues we’re happy to see the “huge bipartisan vote” cast in favor of the SECURE Act.

“Democrats and Republicans were able to come together and that is a great sign for American workers,” Kahn said. “Where it goes from here is the crucial next question.”

According to Kahn, there are already ongoing discussions taking place between House and Senate staffers about what will be the best way to move forward between the SECURE Act and the popular retirement-focused legislation known as RESA. Other sources suggested the Senate leadership has already filed to consider the SECURE Act under a unanimous consent agreement. This would mean that the Senate could quickly pass the bill, if no Senator objects.

“We have heard rumors that the Senate could move on the SECURE Act very quickly,” Kahn said. “I would not be surprised if we see Senate action very, very soon, in fact. Based on what we are hearing, it may be that the Senate decides they are just going to take up the House version of the SECURE Act as-is, or they may decide to enter a reconciliation process. But either way, I think this is going to happen, and I think it’s going to happen quickly.”

Stepping back, Kahn noted that she has been in the retirement business for some time now, and from her perspective, it is refreshing to be reminded that one is working in an area where there can be such strong bipartisan agreement.

“People in both political parties recognize that this is a pressing need for all of America,” Kahn said. “This is the biggest step forward for our industry since the Pension Protection Act. We are just about to publish our own analysis on social media and on our public policy page which argues that RESA and SECURE Act are the most significant and necessary retirement changes since the Pension Protection Act. And it’s about time for reform, because things have changed so much in our workforce and economy since PPA.”

Kahn’s optimistic perspective about the prospect for Senate action was echoed in the large number of written statements submitted to PLANSPONSOR in response to the SECURE Act’s easy House passage. In his statement, Financial Services Institute (FSI) President and CEO Dale Brown urged the Senate “to take up this critical legislation and pass it as soon as possible.”

Empower President and CEO Edmund F. Murphy III said Congress “has done a great service to American retirement savers by voting for the Setting Every Community Up for Retirement Enhancement Act of 2019.”

“The next stop is the Senate, where we hope these reforms move quickly,” Murphy said. “The Senate’s similar legislation, the Retirement Enhancement Savings Act, also is riding a bipartisan wave of support and swift action on these proposals lays the foundation for Congress to begin working on the next round of pension reform.”

Phil Waldeck, president of Prudential Retirement, also commended the House for its vote.

“The bipartisan SECURE Act is the most significant legislation aimed at bolstering America’s retirement system in more than a decade, and it provides for much needed access to workplace retirement plans, improved retirement savings, and guaranteed retirement income that cannot be outlived,” Waldeck said. “To keep this momentum going, we strongly urge the Senate to move swiftly on retirement security and pass this important legislation.” 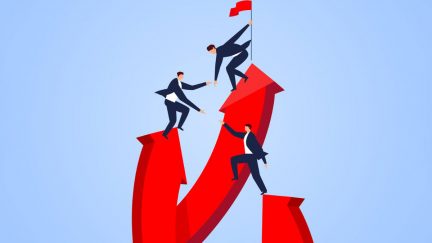 The bill would replace the saver's credit with a government match on savings and give savers a COVID-19 recovery bonus... 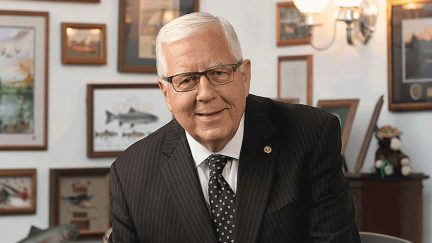 He was instrumental in finalizing the provisions of the Pension Protection Act of 2006, fought for help for multiemployer plans...
SPONSORED MESSAGE — SCROLL FOR MORE CONTENT