Last week, I asked NewsDash readers, “Do you think PEPs [pooled employer plans] will grow in prominence over the years, and has your firm considered moving into a PEP?”

Nearly four in 10 responding readers (38.1%) work in a plan sponsor role, and the same percentage are advisers/consultants. The remaining respondents are recordkeepers/TPAs/investment consultants.

Approximately 62% indicated they think PEPs will grow in prominence over the years, while 28.6% said they don’t think so and 9.5% haven’t or can’t decide.

More than half (57.1%) report their firms have not considered moving into a PEP, while nearly one-quarter (23.8%) have and 9.5% said they are already taking steps to do so.

Among respondents who left comments, some touted some benefits of PEPs: “Less work for employer and lower fees for employees and likely better financial education for both,” and “In the long run, risks of plan insolvency are reduced dramatically under pooled plans.” However, others doubted those benefits. One reader notes that the molding of PEPs will be ongoing: “Look for many plans at first, lots of mistakes, and then significant consolidation. The long-term result will be a few very large plans.” No Editor’s Choice this week. A big thank you to all who participated in our survey!

Tremendous benefit for smaller employers and their employees. Less work for employer and lower fees for employees and likely better financial education for both.

As an employer, we retain primary responsibility for the retirement plan for our employees, regardless of whether we sponsor our own plan or participate in a PEP. We would welcome ‘offloading’ our responsibilities onto a PEP plan administrator, but at what cost? And will a PEP truly relieve us of plan sponsor responsibilities?

In the long run, risks of plan insolvency are reduced dramatically under pooled plans.

Growth of PEPs will be driven by consultants promoting adoption, not plan sponsors pursuing them.

This is basically a multiemployer plan and we have been burned by those every time we have participated in them by other employers not paying their fair share. Don’t like having to pay other companies portion so the plan doesn’t go broke

Although PEPs will grow over the years, I believe the growth will be much slower than anticipated

Look for many plans at first, lots of mistakes, and then significant consolidation. The long-term result will be a few very large plans. Likely, the regulators will be overwhelmed and confused.

We will be a provider (RK + TPA) for a number of PEPs being launched. Well-designed PEPs will provide higher quality plans at a lower cost for small employers.

PEPs seem like an interesting idea for small plan sponsors who aren’t interested in running plans themselves. They will have to become significantly more economical to run than small single employer plans to really take off.

PEP’s are potential solution for small and mid-size sponsors who want to offer a retirement savings plan to their employees while relieving themselves of much of the administrative complexity. Those organizations just need to fully understand the terms and conditions of participation and they are aligned philosophically with the plan design options.

“Prominence” is an odd way to phrase it – I think they will gain a certain notoriety, that some modest number of existing plans will migrate there (they mostly solve problems that only existing plans know), and that they will manage to attract (via vigorous sales efforts) a smattering of small plans. Not nearly enough to warrant all the “hubbub” surrounding them at present. So, is that prominence? At least one dictionary terms it as “the fact or condition of standing out from something by physically projecting or being particularly noticeable”. Based on that definition, I think probably not – and on reflection, I have gone back and changed my response accordingly. But then, we have some new winds in Washington…who knows where things are heading… 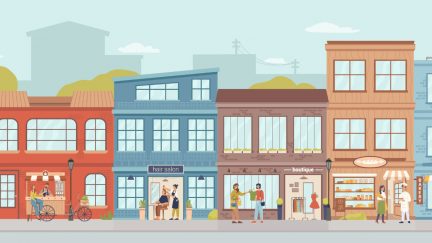