More than one-quarter of the $5.5 trillion 401(k) market was invested in collective investment trusts (CITs) in 2017, according to Cerulli Associates.

“Increased CIT adoption has been supported by ongoing fee pressure, along with growing demand from mid-market consultants in the DC [defined contribution] market,” says Jessica Slafani, director at Cerulli. “Target-date funds have been an important driver of total 401(k) CIT asset growth. In fact, target-date CIT assets increased by nearly 85% between 2015 and 2017.”

By comparison, in the same period, target-date mutual fund assets increased 40%. Today, nine of the top 10 largest target-date managers offer a target-date strategy in a CIT. For the majority, target-date CIT assets represent more than 10% of the firm’s total CIT assets.

Cerulli says retirement specialist advisers are becoming more knowledgeable about and comfortable with CITs, and the research firm expects CITs will continue to expand their share of 401(k) plan assets, particularly among mid-sized and smaller plans. To date, CITs have primarily been used by large and mega plans, Cerulli says.

Information on how to purchase Cerulli’s report on CITs can be found here.

Its features include an online Quick Start tool for plan quoting and optional investment fiduciary services from Morningstar.

Duty of prudence and prohibited transaction claims will move forward against the Centerra Group plan fiduciaries and Aon Hewitt, which... 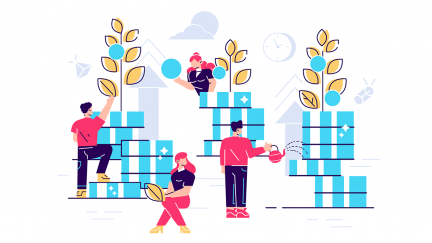 Collective investment trusts are the most used investment vehicle in the largest plans and are a close second among large...
SPONSORED MESSAGE — SCROLL FOR MORE CONTENT