Several Washington insiders say the package of three retirement reform bills, known as “SECURE 2.0,” are expected to be consolidated and passed sometime this December, adding to 2019 legislation aimed at increasing retirement plan access and savings in the U.S.

Two of the three bills, the Enhancing American Retirement Now (EARN) Act, and the Retirement Improvement and Savings Enhancement to Supplement Healthy Investments for the Nest Egg (Rise and Shine) Act were advanced out of the Senate Finance and Health, Education, Labor and Pensions committees respectively, in June, by unanimous votes.

The third, the Securing a Strong Retirement Act was passed by the House in May, on a vote of 414 to 5.

The original SECURE Act was the Setting Every Community Up for Retirement Enhancement Act of 2019.

Industry experts and Washington insiders expect the latest legislation to be consolidated into a single bill and passed sometime in December, during the lame duck period before the new Congress is sworn in next year. The final bill would likely be attached to must-pass legislation, such as a funding bill to replace the current continuing budget resolution that expires on December 16. Though there are many differences between the three bills, none are likely to prevent final passage, sources said.

Two or more of the new bills share 39 provisions, which observers say are the provisions most likely to survive into the final package in more or less the same form. Some key examples of provisions that are present in multiple bills are:

The bills also include some points of disagreement, such as different timetables for catch-up contribution changes and required minimum distribution changes, and whether auto-enrollment into employer-sponsored retirement plans should be required or incentivized with tax credits.

There are also some provisions that only exist in any form in just one bill. For example, only the EARN Act provides for the following:

Senators Ben Cardin, D-Maryland, and Rob Portman, R-Ohio, published an op-ed in the Hill last week calling for SECURE 2.0 to pass this year, and expressed optimism that it would. They supported certain provisions found in the EARN Act, the Senate Finance Committee’s version. In particular they highlighted the student loan match, an expanded saver’s tax credit, a national plan database or “lost and found” to help participants find and retrieve retirement contributions, and increased tax credits for small businesses to incentivize employers creating retirement plans.

The op-ed cited an AARP study which noted that only 17% of Americans are very confident that they will have enough money for retirement. The study also found, however, that 42% are somewhat confident, 20% not very confident, and 16% not all confident.

The bills also enjoy support from industry executives. For example, Eric Stevenson, president of Nationwide Retirement Solutions, supports the legislation, and in particular, provisions that reduce barriers that keep employees for enrolling in their employers’ plans. He backs provisions that would allow a penalty-free $1,000 withdrawal for certain qualifying emergencies, such as car maintenance, as well as reducing the amount of service part-time workers need before being eligible to join plans. He notes that only 40% of part-time workers have access to retirement accounts.

Stevenson also explains that the concept of a plan “lost and found” is helpful because most workers change employers many times in their lives, and many lose track of old retirement accounts from previous employers. The EARN Act assigns this responsibility to the Treasury Department, whereas the SSRA assigns it to the Department of Labor.

According to Stevenson, the Nationwide Retirement Institute surveyed financial advisers and found that 93% support the legislation and believed it would benefit their clients.

Can A 403(b) Plan Continue to Provide Benefits Once The Sponsoring Organization Shuts Down?

It is becoming harder and harder to find a party who offers anything other than support for SECURE 2.0. 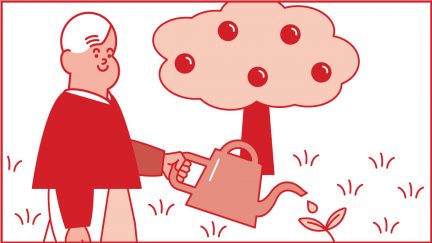