The Employee Retirement Income Security Act (ERISA) does not preempt the Illinois slayer statute, and that statute bars even those found not guilty by reason of insanity from recovering from the deceased, the 7th U.S. Circuit Court of Appeals ruled, affirming a lower court decision.

Anka V. Miscevic murdered her husband Zeljko, who was a participant in the Laborers’ Pension Fund. The fund asked a court to determine the proper beneficiary of Zeljko’s pension benefits. Anka claims she is the proper beneficiary, but the estate of Anka and Zeljko’s minor child says she is barred from recovering from the fund due to the Illinois slayer statute, which provides that “a person who intentionally and unjustifiably causes the death of another shall not receive any property, benefit, or other interest by reason of the death.”

The appellate court’s opinion notes that a judge determined that state established each element of first-degree murder beyond a reasonable doubt; however he also found that Anka established “by clear and convincing evidence” that she was insane at the time.

The 7th Circuit first noted that ERISA’s preemption clause states that ERISA “shall supersede any and all State laws insofar as they may now or hereafter relate to any employee benefit plan.” Citing a previous 7th Circuit decision, the appellate court said “some state actions may affect employee benefit plans in too tenuous, remote, or peripheral a manner to warrant a finding that the law ‘relates to’ the plan.”

Anka argues that a Supreme Court ruling in Egelhoff v. Egelhoff compels that the Illinois slayer statute is preempted by ERISA. But, the appellate court was unpersuaded. The Egelhoff case questioned whether ERISA preempted a Washington state statute that provided that a dissolved or invalidated marriage would revoke earlier beneficiary designations, but the Supreme Court determined that ERISA held plan administrators to a particular choice of rules regarding beneficiary status and the state law “interfered with nationally uniform plan administration.” The 7th Circuit noted that in that same decision, the Supreme Court acknowledged that ‘slayer’ statutes could revoke the beneficiary status of someone who murdered a plan participant. The high court said that “the principle underlying the statutes—which have been adopted by nearly every State—is well established in the law and has a long historical pedigree predating ERISA.”

The appellate court also cited U.S. District Court cases in which it was found that ERISA did not preempt slayer statutes, and agreed with them. The court said in its opinion that slayer laws are an aspect of family law, a traditional area of state regulation. It also said, “As courts have stated, ‘Congress could not have intended ERISA to allow one spouse to recover benefits after intentionally killing the other spouse.’”

The lawsuit calls out the use of the active suite of the Fidelity Freedom target-date funds, among other things. 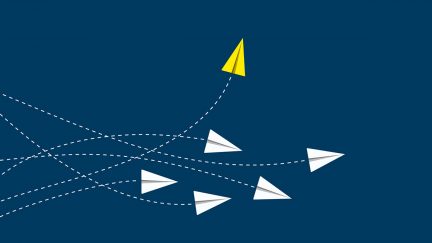