With the presidential election days away, American workers are casting their ballots and researching the policies each candidate has introduced and supported, including their proposals on Social Security and 401(k) and tax reform.

The Trump administration has remained tight-lipped about plans to reform Social Security taxes and benefits. Aside from President Donald Trump’s executive order on payroll tax deferrals in August, the president hasn’t offered specific plans on how his administration would handle Social Security and its potential future uncertainty. In early August, Trump called for forgiveness on the employee payroll tax deferrals he approved from September 1 through December 31. Leading up to the Republican National Convention in August, the Trump administration released a set of vague proposals, one being to “protect Social Security and Medicare.”

John Lowell, an Atlanta-based partner at October Three Consulting, says he expects that if Trump is re-elected in November, the country will see many of the same current policies. “The Trump administration, thus far, has really not had a focus on retirement policy, as has frequently been the case,” he says.

Democratic nominee and former Vice President Joe Biden, on the other hand, has revealed plans to reinforce Social Security. In his proposals, Biden says he would expand Social Security and impose additional taxes to pay for the benefits. Currently, American workers pay Social Security taxes on the first $137,000 of wages. Biden’s plan would reimpose a 12.4% Social Security payroll tax for earners who gross more than $400,000 a year.

“It would almost be a surtax and not count on additional wages throughout the year,” says Jeffrey Levine, director of advanced planning at Buckingham Strategic Wealth in Long Island, New York. “It would not boost benefits for those individuals; it would effectively cost them more. That’s how a lot of this would ultimately be paid for.”

While Trump has yet to release details on second-term tax plans, the president has said he wants to pass a second economic relief package should he be re-elected. It’s unclear if there would be a second stimulus check for many Americans in the package or how much the check would be.

In the August agenda, the Trump administration said it wanted to enact “‘Made in America’ tax credits,” and cut taxes to “boost take-home pay and keep jobs in America,” if Trump is re-elected.

In Biden’s Emergency Action Plan to Save the Economy proposal, the candidate proposes another round of stimulus checks, but does not specify how much each check would offer.

“Part of Biden’s platform is that he wants availability of 401(k) or a plan that looks like a 401(k) to be automatic,” explains Lowell. “If you’re in the workforce, either your employer will offer you a 401(k), or if your employer doesn’t offer you one, there will be some sort of governmental plan.”

Lowell likens the proposal to a retirement version of the Patient Protection and Affordable Care Act (ACA) enacted under the Obama administration in 2010, in which employers could still offer health care plans as long as they met minimum criteria, despite the creation of a public option. “If you look at the way the ACA played out, employers still had the opportunity to continue offering health plans, so long as they met these standards,” he says. “They had mandatory types of coverage, maternity care, certain pediatric coverages, etc.

“With the Biden 401(k) proposal, if the employer didn’t offer some minimum, so for example something like dollar-for-dollar match, then your employees would have the right to opt in to a national plan,” Lowell continues.

Lowell predicts the national plan would be funded in one of three ways: enacting tax increases, cutting some existing policy or mandating employers that do not offer a 401(k) plan to chip in.

Other proposals in Biden’s tax policy include increasing the top corporate tax rate from 21% to 28%; creating a new minimum tax on corporations with “book profits” in excess of $100 million; taxing capital gains and qualified dividends at the ordinary income tax rate for those who make more than $1 million in income; restoring the Pease limitation, which capped the value of itemized deductions for taxpayers; and shifting 401(k) deferrals from an income deduction to a tax credit.

Ubiquity will receive business referrals from Paycor to provide retirement benefit solutions and says its new 3(16) services will allow... 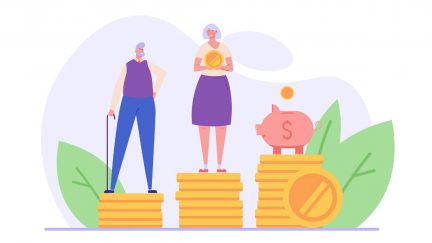