As many experts on retirement policy know, due to government mandated limits, a relatively small portion of an executive’s earnings can be saved under tax-qualified defined contribution (DC) programs. Therefore, in order to attract the best executive talent in the market, many companies maintain nonqualified deferred compensation (NQDC) plans to provide for additional retirement contributions beyond the IRS-mandated limits.

Institutional Shareholder Services Inc. (ISS), the parent company of ISS Media, provides proxy voting recommendations to investors on millions of annual shareholder meeting ballot items each year. These vote recommendations cover a broad range of management-driven and shareholder-initiated proposals including director elections, equity plan share requests and the separation of CEO and board chair roles, among others.

One common ballot item is known as a “say-on-pay” proposal, which is a non-binding vote that a company submits to its shareholders affording them an opportunity to support or oppose the company’s executive compensation decisions over the past year. ISS evaluates more than 2,000 say-on-pay proposals in the U.S. each year, and its evaluation includes a detailed review of executive compensation practices and incentive design considerations, including supplemental executive retirement plans (SERPs) and NQDC plans. At a high level, ISS does not conduct an in-depth review of the structure and design features of these plans (e.g., total value of restoration benefit, matching contributions, etc.) but there are a few practices it scrutinizes to gauge whether they are aligned with shareholders’ interests. Specifically:

ISS considers the first practice outlined above a highly problematic pay practice, and it will likely lead to a negative vote recommendation from ISS on a say-on-pay proposal on its own, regardless of any appropriate alignment between executive pay and company performance.

The use of above-market interest, excessive matching contributions or guaranteed minimum returns under NQDC plans isn’t viewed as critically by ISS. However, the use of these items is not viewed as shareholder-friendly by ISS, as the benefit is not performance-based and is generally not available to broader employee populations. The inclusion of such arrangements will be noted in ISS’s evaluation of a say-on-pay proposal and could lead to a negative vote recommendation by ISS, particularly if the interest payments represented a significant portion of the CEO’s total compensation for the year under review.

ISS supported Freeport-McMoRan Inc.’s 2020 say-on-pay proposal but cited minor concern with the above-market interest payments of $362,373 provided to the CEO. Comcast Corp. provided above-market interest payments of approximately $7.6 million to its CEO in fiscal year 2019, which led ISS to issue an “against” vote recommendation for its say-on-pay proposal in 2020.

One particular interesting case has been a shareholder proposal that has been submitted to Verizon Communications Inc.’s board of directors for the past three years. A group of shareholders has asked Verizon’s board to adopt a policy that prohibits the practice of paying above-market earnings on the non-tax-qualified retirement saving or deferred income account balances of Verizon senior executive officers. The supporting statement issued by the proponents of eliminating above-market earnings in compensation indicated that Verizon offers its senior executives far more lucrative retirement savings benefits than rank-and-file employees receive under the broad-based tax-qualified savings plans, which provide matching contributions of 6% of an employee’s base salary. (Verizon’s board recommended shareholders voted against the proposal, citing the fact that above-market returns were not provided to executives in 2019.)

ISS has supported the shareholder proposal by issuing a “for” vote recommendation in all three years it has been on the ballot, and, in that recommendation, ISS indicated that

investors have increased their scrutiny of supplemental benefits to executives that do not require a link to performance.

The proposal has failed to achieve majority support each year it has been on the ballot, but the level of shareholder support that it has achieved is in line with the average support for shareholder-initiated proposals in the broader market, as shown in the accompanying chart.

These data suggest that Verizon’s use of above-market returns for executives under its deferral plan is supported by a substantial majority (roughly 70%) of its shareholder base, as support for eliminating the practice has hovered around 30% in each of the past three years. However, the continued presence of this proposal at Verizon’s annual meeting may increase pressure on the board to reconsider the issue, as more investors recognize that the use of above-market earnings in NQDC plans is not considered performance-based compensation and is an uncommon practice in the broader market.

Although these case studies are related to public companies, the discussions about plan design are valuable for any company constructing an NQDC plan. Private companies can also examine whether excessive matching contributions or some other guaranteed returns applied to executives’ deferred compensation arrangements are critical for retaining key executive talent and whether the practices are aligned with shareholders’ interests.

Brian Johnson is a member of the advisory team at ISS Corporate Solutions. 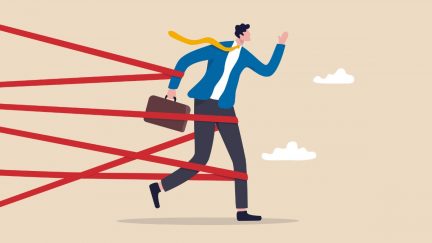 An updated audit technique guide discusses the doctrines of constructive receipt and economic benefit, as well as IRC Section 409A,...

« Benchmarking Custom TDFs Is Not an Exact Science