After nearly two years, the moratorium on federal student loan payments is set to expire on January 31. Experts say it might be difficult for some people to resume their payments, but employers have options to step in and help their employees with their student debt.

Early on in the coronavirus pandemic, as part of the Coronavirus Aid, Relief and Economic Security (CARES) Act passed in March 2020, the federal government paused mandatory student loan payments, moved interest rates to 0% for most borrowers and suspended collection efforts for those in default. That relief has been extended several times since the passage of the CARES Act, culminating with President Joe Biden continuing the measure until the end of January. He and his administration have said that will be the last extension of the relief.

But two-thirds of borrowers (67%) say it will be difficult for them to resume payments, according to a survey from The Pew Charitable Trusts.

“The average monthly payment is now over $400 per month, so for a lot of folks—particularly if they’re still experiencing economic shocks from the pandemic, whether that’s reduced salaries or wages or maybe if they were previously a two-income household but only have one person working right now—paying $400 a month is a huge obligation,” says Greg Poulin, co-founder and CEO of Goodly, a company that helps employers with student loan benefits. “One of the key findings from the Pew study was that a lot of borrowers are really going to need help to smoothly transition back into repayment to avoid things like delinquency and default.”

And the problem might be even more acute for nonprofit and public-sector workers. TIAA’s 2021 “Nonprofit Student Loan Debt Survey” found the vast majority (95%) of those employees say they will experience at least some difficulty keeping up with student loan debt payments once the relief program ends, with 40% saying they will have “a great deal” of difficulty.

“We have seen through the survey that almost two-thirds of not-for-profit and public-sector workers are saying that their income is less today than it was at the start of the pandemic,” says Snezana Zlatar, senior managing director of financial wellness advice and innovation at TIAA. “With student loan payments restarting soon, these workers need tools and resources that can help them feel more confident about their finances and achieve their goals.”

Poulin says his firm has seen employees seeking out different benefits than they have in the past—in part because of the pandemic.

“I think the pandemic really forced a lot of companies to focus on more meaningful perks,” he says. “Before, you saw companies offering all sorts of different fun perks and kind of quirky things that didn’t really have a meaningful impact for employees. And I think a lot of the shift has been driven by workers, using the pandemic and really awakening during the pandemic to show that they have a lot more flexibility right now in the job market to request more meaningful benefits from their employer. It’s something that’s really driving a lot of adoption from employers, as well.”

TIAA says employees might even expect their employers to offer such help. Its student debt survey found three in five (60%) respondents think their employer has a responsibility to help them with their student debt.

The impact of student loan debt also affects retirement savings. According to the TIAA survey, 27% of respondents say they reduced the amount they save for retirement because of their student loans, with 12% saying they have not started saving for retirement for the same reasons.

How Employers Can Help

Zlatar says employers have an opportunity to provide timely, meaningful relief to their employees. “The good news is that employers offering innovative financial benefits have a better chance to retain and attract top talent,” she adds.

Poulin says there are several ways employers can assist their employees who might have stopped paying their loans as they transition back into regular payments. He notes that the latest COVID-19 relief bill, which was attached to the Consolidated Appropriations Act, 2021, extended until 2025 a provision of the CARES Act that allows employers to make payments of up to $5,250, tax-free, toward employees’ student loans.

“Fortunately, it’s easier than ever for companies to help offer that level of support by using this new tax break,” Poulin says. “The company can take it as a tax deduction, and the employee doesn’t have those funds added to their gross, taxable wages.”

He says he’s primarily seen two ways employers are offering their employees student loan benefits. The first is a fixed, monthly payment that’s available to every employee. He notes these benefits are typically about $100 per month. The second option is to offer tiered contributions, based on tenure. With a tenure-based program, employer contributions typically start at $50 per month and increase with each subsequent year of employment until being capped, usually at $200 per month.

Some plan sponsors have also implemented programs that provide a matching contribution to employees’ retirement plans for every payment they make to their student loan debt.

Poulin says employer interest in student loan repayment benefits is growing, pointing to a study from Ramsey Solutions that found, of 1,000 companies in the U.S., this type of benefit ranked as the second most popular benefit employers are looking to add over the next one to two years.

TIAA’s survey, which focused on employees in the public service and nonprofit sectors, found nearly six in 10 (57%) student loan holders are $50,000 or more in debt, with one-fourth being more than $100,0000 in debt. Zlatar notes that many of these workers—especially those in the higher education and health care industries—have advanced degrees, which might have added to their debt burdens.

“We know that the workers in these sectors are emotionally stressed and uncertain about their ability to repay student loans once the relief under the CARES Act ends in January,” Zlatar says. “Almost four in five of those who were surveyed also told us that they made decisions regarding their life plans or career plans based on their student loan debt, including deferring major purchases or decisions such as buying a house.”

Nonetheless, she says these workers have options, especially the federal Public Service Loan Forgiveness program, which was designed to benefit employees in not-for-profit and public work. TIAA’s survey found more than six out of seven (87%) respondents who were aware of the PSLF program and its potential for debt forgiveness said it had some impact on their decision to enter a public service or nonprofit career. Nearly two in five (39%) said it impacted their decision a great deal.

However, Zlatar says there is some confusion with the program regarding eligibility and applications. The vast majority of applicants aren’t able to navigate through the process without help. She notes that TIAA partnered with social technology impact startup Savi to help nonprofit workers achieve student loan forgiveness through the PSLF program. The solution acts as a concierge, helping individuals stay in compliance with the recurring and new paperwork requirements of the PSLF program and reducing errors.

“We believe solutions like Savi help remove barriers to long-term savings for those individuals who are burdened with debt,” she explains. “The more we can partner with our institutions and focus the individuals on solutions that help remove that burden of debt, the more we can expect in terms of workers being more financially stable, having a greater financial peace of mind and then, most importantly, achieving retirement goals and their other critical long-term goals.” 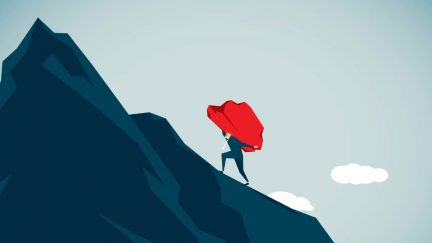 Employees are underestimating the amount of student loan debt they will have to carry and worry about its effect on... 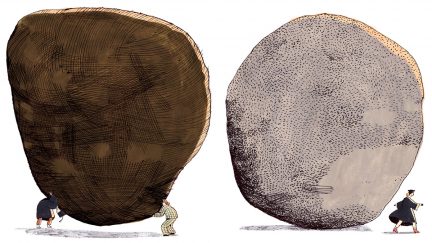 How Employers Can Help With Student Loan Debt

They have several options that could help, depending on their budgets and goals.