Similar to the gender pay gap, women are on an uneven playing field when it comes to retirement and Social Security.

Studies have shown that women are more likely than men to make bad decisions when it comes to Social Security or believe that the system will provide them with less income than expected. A Morningstar study about women and investing found women aren’t wrong to believe that, either: On average, women age 65 years and older receive an annual Social Security benefit of $14,353; compared with $18,041 for their male counterparts.

“For a lot of women on the cusp of retirement, they know the concept of not wanting to run out of money, but they don’t know what actions to take,” says Marcia Mantell, a retirement business consultant and owner of Mantell Retirement Consulting. Mantell’s book, “What’s the Deal with…Retirement Planning for Women?” argues women are underserved when it comes to knowledge about money and retirement planning.

She says she believes this insecurity stems from traditional arrangements associated with Baby Boomers: Men would handle the finances, while women would handle the household. And while society has since shifted toward uplifting and encouraging female workers to handle their own finances, many older women are still stuck. For older women who do have a retirement account, more than half will claim Social Security before the full retirement age, lose money and have less in their accounts than men, but they are still likely to outlive men. Morningstar reported in its study that 65-year old women in 2019 are expected to live an average of 21.5 additional years, while a man of that same age will live another 19.1 years.

“Fifty-six percent of women claim their Social Security before full retirement age, and 51% of men do so. When husbands draw it early, and die first, the wife does get to step into his shoes and get his benefit instead of her lower one,” Mantell explains. “But now she’s going into her 80s and beyond—so she’ll need more money in modern society.”

Older working women don’t have to be stuck when it comes to their financial wellness. Employers are in the prime position to help employees make decisions now for Social Security and Medicare, Mantell says.

“They send out information and while that’s nice, it’s only a start. Employers need to hire general education members and encourage their workers to ask questions. It’s not enough to have webinar on demand, because then employees can’t ask,” she emphasizes.

A Transamerica Center for Retirement Studies (TCRS) report about women’s retirement insecurity suggests five fundamentals for women to adopt and for employers to push. It sounds easy, but saving early and habitually is one of the best routes to retirement readiness, according to the report. Only 38% of female workers globally can say they are regularly saving. Additionally, developing a written retirement strategy; creating a backup plan for unforeseeable events, whether from a professional or personal standing; adopting a healthy wellness lifestyle; and seeking financial literacy can help women achieve financial wellness.

“It is imperative that women take greater control over their financial situation, but it must be recognized that they face formidable headwinds that can limit their ability to save, such as lower incomes and less access to employer-sponsored retirement benefits,” says Catherine Collinson, CEO and president of Transamerica Institute and TCRS, in the report. “In order to achieve success, these structural inequalities must be addressed by a new social contract and the modernization of retirement systems around the world.”

Checking off these marks is easier said than done for many women, who are usually balancing several other priorities—such as a career and family— and don’t have dispensable time to catch up on their finances. “Women sometimes don’t have the time in their day,” Mantell points out. “Some need a good one, to two, hours a day to understand retirement and finances.”

This is the reason it’s up to employers to implement educational strategies throughout the workday, whether it’s a lunch hour seminar or a day dedicated to financial wellness, for women—both older and younger—to ask questions. “We don’t want another 50 years of uncertain retirement with women,” Mantell states. “Employers need to implement strong messaging to get their workers to start saving, and sending an info package isn’t enough.”

Greater support from plan sponsors and lawmakers is needed to bolster individuals’ retirement readiness in the wake of the COVID-19... 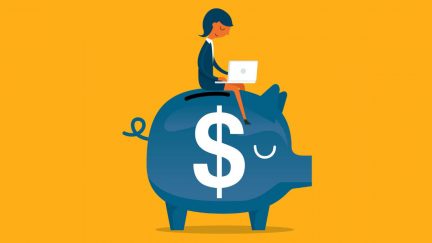 Personalized, holistic financial education through various mediums can make up for the one-on-one provider meetings they were used to before...
SPONSORED MESSAGE — SCROLL FOR MORE CONTENT