Plan sponsors could be making more trips to court for retirement plan fiduciary breach claims instead of settling through arbitration, under a proposed bill.

Representative Mark DeSaulnier, D-California, and Senator Tina Smith, D-Minnesota, have introduced the Employee and Retiree Access to Justice Act, which seeks to prohibit arbitration of claims challenging the administration and fiduciary management of benefit plans regulated under the Employee Retirement Income Security Act. If passed, the bill would modify the standard of review held by courts when a plan participant or beneficiary is refused retirement, health or other benefits under an ERISA plan.

Andrew Oringer, a partner in Dechert’s ERISA and executive compensation group, says that the bill is two-pronged, and could have a dramatic impact on how plan participant cases are handled. The legislation tackles whether plaintiff litigants under ERISA—common in context of stock-related class action claims—can be barred from bringing a class action claim by the terms of the plan, and if plan administrators are justified to apply discretionary clauses.

“The main impact would be to blunt or even eliminate the trend of plans to have required arbitration and anti-class-action provisions added to the plan,” Oringer says.

The bill, if passed, would blunt or eliminate provisions that require arbitration, Oringer says. “What the legislation would do on the arbitration class action side is it would return the situation to the status quo, where access to the courts is allowed, as opposed to arbitration,” he explained.

Each of the bill’s prongs would impact these provisions that “procedurally [have] been limiting the ability of plaintiffs in both the retirement and health care areas to prevail,” Oringer says.

So-called “Firestone deference” provides plan sponsors with interpretation authority for deference in lawsuits challenging plan terms, as decided by the Supreme Court in Firestone Tire & Rubber Co. v. Bruch. “The provision would essentially nullify a provision that gave the administrator—often a plan sponsor or an insurer—the right to interpret the plan, [and] would have dramatic impact across a wide range of plans, because Firestone language is extremely common and is extremely significant in the outcome of a wide range of cases,” Oringer adds.

The bill would replace current practice in which courts review the benefit plan or claim administrator’s decision that denied a claim for benefits under ERISA de novo, deciding the issues without reference to any legal conclusion or assumption made by the previous court to hear the case, with a heightened abuse of discretion standard. Under the heightened standard, a reviewing court cannot reverse a ruling, absent a definite and firm conviction that the District Court committed a clear error of judgment in the conclusion it reached upon weighing relevant factors.

“When instead of looking at an administrator’s decision de novo, you’re only looking at it for the question of whether or not the administrator abused his discretion, the ability to win that case increases dramatically,” Oringer explains. The legislation “would put [plaintiffs] into a situation where the plaintiff had clear access to the courts and potential access to class action litigation.”

Fiduciary breach claims could spike and have better chances for success if the bill passed, Oringer says.

Plan sponsors have sought to mitigate ERISA lawsuits with defensive provisions. Defense and arbitration clauses come in different flavors, with many plan sponsors opting for a basic provision which demands that participants satisfy every step of a plan sponsor’s claim procedure before a lawsuit can be brought.

The bill is under consideration by the House Education and Labor Committee, and companion legislation has been referred to the Senate Committee on Health, Education, Labor and Pensions.

Capitol Hill has been focused on retirement security legislation this year, with several retirement bills addressing increased access to workplace retirement plans. The Increasing Small Business Retirement Choices Act, sponsored by Senators Jacky Rosen, D-Nevada, and Tim Scott, R-South Carolina, was introduced this month, and the Securing a Strong Retirement Act was passed by the House in March.

Representatives for DeSaulnier and Smith did not return requests for comment.

The plaintiffs say the defendants failed to leverage the size of Kellogg’s plan to secure reasonable fees for recordkeeping and... 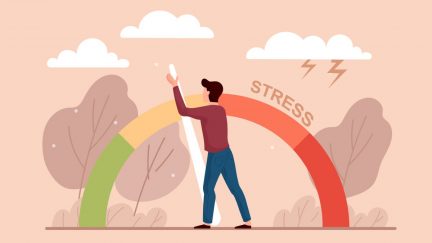 The ‘Zillennial’ worker generation has grown by more than 5 million over the last five years, and fewer than half...