The bill includes provisions designed to address the worsening multiemployer pension crisis. According to Neal, it is a standalone version of a provision from the House-passed Heroes Act. It also contains long-expected proposals for single-employer defined benefit (DB) plan funding relief.

“The COVID-19 economic downturn has only worsened the multiemployer pension crisis and increased the urgency with which we must act to help folks whose financial security is at risk,” Neal said in a statement. “I’m committed to getting a solution to this crisis signed into law as quickly as possible and have even urged Speaker [Nancy] Pelosi to include a multiemployer fix in the next COVID-19 relief legislation the House considers.”

According to the bill’s summary, PBGC is required to issue regulations within 120 days of enactment of the legislation and may prioritize the processing of applications of plans most in need. A qualifying plan may apply to PBGC and, upon approval, would receive financial assistance. Under the special partition program, a plan would receive enough financial assistance to keep it solvent and well-funded for 30 years—with no cuts to the earned benefits of participants and beneficiaries.

In addition, upon the date of enactment of the EPPRA, no plan would be permitted to apply, or be approved, for a suspension of benefits under the Multiemployer Pension Reform Act (MPRA). Under the legislation, a multiemployer plan could retain its funding zone status as of a plan year beginning in 2019 for plan years that begin in 2020 or 2021, and a plan in endangered or critical status for a plan year beginning in 2020 or 2021 could extend its rehabilitation period by five years.

Regarding single-employer plans, Neal says, “In light of an ongoing pattern of interest rate and market volatility due to the COVID-19 public health crisis, the current law requirement to amortize funding shortfalls over seven years is no longer appropriate.” The proposed legislation would increase the amortization period to 15 years.

In addition, the bill would extend funding relief for single-employer DB plans provided by Congress in 2012, 2014 and 2015. Congress provided for pension interest rate smoothing to address concerns that historically low interest rates were creating inflated DB plan funding obligations. The smoothed interest rates will begin phasing out in 2021. Under current relief, the interest rates used to value pension liabilities must be within 10% of 25-year interest rate averages. EPPRA would reduce the 10% interest rate corridor to 5%, effective in 2020. The phase-out of the 5% corridor would be delayed until 2026.

The summary of the bill is available here.

Consultants say now is the time to evaluate interest rate and equity market risk strategies, as well as whether and...

The IRS updates its Operational Compliance List periodically to reflect new legislation and IRS guidance, and it reflects that many... 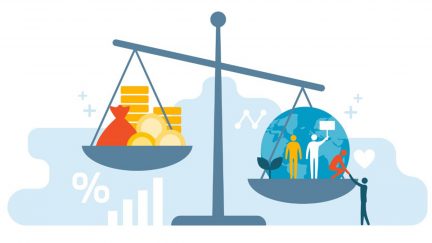 After a year of alternating decisions related to ESG investing, the proposal would amend ERISA to make it clear that...
SPONSORED MESSAGE — SCROLL FOR MORE CONTENT

« Intel Prevails Again in Case Over Alternative Investments in TDFs