In a blog post, “How to evolve default options for retirees in DC plans,” Shapiro notes that some DC plan participants may stay in their plan after retirement and rely on TDFs’ asset allocation for retirement income for possibly 30 years or even more. He says that what matters more than whether a TDF has a “to” versus “through” glidepath is what the relevant risk level is at various points in participants’ life cycles.

Shapiro mentioned the “hybrid” QDIA, already adopted by a few plan sponsors, in which plan participants are defaulted into a TDF and then moved into a managed account when a certain trigger is met, such as age.

In a previous discussion with PLANSPONSOR, Holly Verdeyen, senior director, defined contribution strategy at Russell Investments in Chicago, said participants may be moved to a managed account based on age or what she calls “funded status,” which is the amount of income replacement in retirement the participant’s account balance would provide.

“TDFs and balanced funds tend to keep static allocations until participants are in their late 30s or early 40s. Then, derisking occurs,” Verdeyen said. She noted that an age trigger would probably be 10 to 15 years prior to retirement, and a funded status or account balance trigger would be when someone is approaching fully funded status based on their retirement income need. “A managed account can preserve that funded status better than a TDF,” she contended.

Another idea put forth by Shapiro for designing TDFs for participants at retirement is to provide “a more efficient investment design, going beyond stocks and bonds to a more diversified portfolio that includes less liquid assets.”

He noted that for a previous study, he and a colleague partnered with the Georgetown University Center for Retirement Initiatives to explore possible evolutions for TDF asset allocations. Through stochastic modeling of portfolios containing a diversified combination of direct real estate, private equity and hedge funds, they found that, versus a baseline scenario, expected risk was considerably reduced, and median expected retirement income increased by 17%. The proxy TDF was heavy in public equities throughout, while the diversified glide path allocated decreasing proportions to public equities in the later years, replacing them with more diversified assets.

Results of a study published by Neuberger Berman research partner the Defined Contribution Alternatives Association (DCALTA), in collaboration with the Institute for Private Capital (IPC), suggest that including private equity investments in balanced funds and TDFs both improves performance and has diversification benefits that lower overall portfolio risk.

The researchers sought to understand the properties of a portfolio strategy that provides an investor exposure to more private funds early in the investment lifecycle but then shifts to increasingly lower-risk and more liquid assets over time. In particular, they simulate the impact of including private market funds into target-date funds (TDFs) that typically have a defined change in asset allocation over several decades.

The analysis found average returns of the TDF portfolio are higher than for the all-public benchmark and the calibrated portfolio outperforms in 82% of the 1,000 simulations.

Shapiro also puts forth the idea of an “unwrapped” TDF—a hybrid combining traditional model portfolios and custom TDFS. He explains that a plan sponsor or adviser develops a series of model portfolios that suit the demographics and behaviors of its employee base, and they are assigned spots on a glide path, according to their risk levels and any other objectives (e.g. ability to generate income).

The DC plan recordkeeper allocates the model portfolios to participants’ accounts at certain triggers, such as age, and is responsible for rebalancing.

Shapiro says the model portfolios are invested in the plan’s core investment menu to benefit from asset scale. Non-core investments could be added as well, to create more diversified exposures.

A more detailed explanation can be found in a Willis Towers Watson report about QDIA evolutions.

In conclusion, Shapiro says, “A separate—and accelerated—evolutionary track is needed for retirement income solutions in DC plans. This is where customization is most crucial, as participants’ retirement needs vary widely due to differences in asset levels, spending needs and preferences. A QDIA designed to provide sustainable income can work much like a target-date fund or managed account, offering components for guaranteed income, dynamic spending and coordination that manages tax liabilities and Social Security benefits.”

The agency promised to issue a final rule ‘as soon as practicable’ and recognized transition time may be needed if... 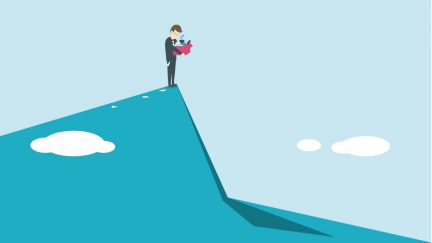 Older TDF Investors Can Get Burned by High Equity Exposures

They tend to sell off during downturns, but, researchers say, if they remain invested even for a few years, they...
SPONSORED MESSAGE — SCROLL FOR MORE CONTENT

« What U.S. Retirement Plans Should Know About GDPR