During the final session of PLANSPONSOR’s virtual 2021 Best Practices Conference, experts talked about the mechanics of benchmarking plan investments and fees, what to look for when benchmarking, and where to get help.

Jon Chambers, managing director at SageView Advisory Group, said every plan sponsor should have an investment policy statement (IPS) in place because the Employee Retirement Income Security Act (ERISA) is a prudence-based statute. The IPS should state what the plan sponsor hopes to achieve with its investments, and it should direct the benchmarking of investment performance.

Plan sponsors can consider many things when benchmarking investments, but there are two necessary pieces to scrutinize, Chambers said. The first is how investments compare to their benchmarks. “That doesn’t necessarily mean plan investments have to beat their benchmarks all the time—that’s unreasonable—but comparing to a benchmark is important,” he said.

The second key thing to look at is how investments compare to those in their peer group. “Basically, plan sponsors would like their plan’s funds to be in the middle of the pack or better,” Chambers explained. “In practice, plan sponsors might be looking for investments that perform in the top quartile of their peer group, but they don’t want their standard to be that high. Investments are more likely to meet a middle-of-the-pack or better standard.”

“We try to do easy benchmarking every quarter against published fees from fund databases, for example, Morningstar, Lipper or the Investment Company Institute [ICI],” he said. “Plan sponsors can use a category average, but these are not asset-weighted—meaning they lump together fees for the smallest of plans with fees for the largest of plans. Asset-weighted averages are probably more reasonable benchmarks.”

Chambers told conference attendees that a more precise benchmarking of fees should be done about once a year. “Plan sponsors can use a database provider to compare fees of plans with similar characteristics,” he said. “It’s not quite perfect because it’s not a comparison to exactly similar plans, but it is more precise than ‘easy’ benchmarking.”

Chambers said plan sponsors can go a step further and do a customized database query with inputs such as how many payrolls and how many distributions are processed for the plan.

He summed up, “Do what’s easy to do frequently, do the middle less frequently and do a deep dive every three years or so.” He added that the deep dive can be used as a decisionmaking tool if a plan sponsor thinks changes need to be made.

Allison “Allie” Itami, principal at Groom Law Group, Chartered, said ERISA Section 408(b)(2) allows plan sponsors to hire necessary service providers and avoid a prohibited transaction as long as they pay no more than reasonable fees for the value of the services provided. She said the meaning of “reasonable” has been questioned, especially in court cases, but it doesn’t mean plan sponsors have to choose the lowest possible fee.

From a regulatory standpoint, if fees are not found to be reasonable, there are two main consequences, Itami said. There is fiduciary liability—under ERISA Section 409, a plan fiduciary could be liable for any losses or damages to the plan or have to disgorge any profits. She explained that if a breach of fiduciary duty is found to have occurred, a plan fiduciary would have to make the plan whole, but if the plan or participants didn’t suffer any losses, the fiduciary would have to disgorge profits.

The second consequence is that the fiduciary would have to pay excise taxes, Itami said. Internal Revenue Code (IRC) Section 4975 imposes a tax on each prohibited transaction at the rate of 15% of the amount involved with respect to the prohibited transaction for each year (or part thereof) in the taxable period.

Prohibited transactions can occur when fees are paid by the plan, meaning paid through participant assets, Itami said. Therefore, plan sponsors should benchmark recordkeeping fees, advisory fees and any other fees paid by the plan.

If the plan sponsor pays the costs out of company assets, it should still make sure services are appropriate and high quality, but it can take the cost out of the equation. However, she noted, plan sponsors are businesses and want to make sure they get the best deal.

“I recommend to my [plan sponsor] clients that they pay some of the fees out of company assets,” Chambers said. “Think of having plan sponsor pay some of plan fees as ‘cheap insurance,’ because there’s a presumption that fees paid by plan assets are reasonable and the sponsor pays above that.”

“You really don’t know what different recordkeepers charge for the same set of services until you go to market,” Chambers said. He told conference attendees there are three ways to “go to market”—issuing a request for quotes (RFQ), a request for information (RFI) or a request for proposals (RFP). “An RFQ doesn’t ask about what capabilities a recordkeeper can provide for the plan, just what it will charge for services,” he explained. “An RFI asks for fee quotes as well as basics about level of service, and an RFP asks for specifics about services plan sponsors want, as well as the fees for them.”

Plaintiffs’ lawyers and courts might say plan sponsors should issue an RFP every three to five years, but Chambers said that’s not necessary. “They are difficult and time-consuming, so I tell clients ‘You can’t go too long without an RFP but if you are happy with your provider, every seven to 10 years is sufficient,’” he said. “The plaintiffs’ bar may disagree, but I say you need to balance difficulty with purpose: Do you think it will lead to a change in service providers?”

“That said, a prudent plan sponsor should go through an RFI and RFP process just like with benchmarking recordkeepers, especially if advisory fees are paid with plan assets,” he noted. Chambers added that there are some advisory fee benchmarking reports available for reference.

Itami noted that Form 5500 reporting changes might make fee benchmarking easier. Regulators have proposed revisions to Form 5500, and Itami said part of the revamp would require plan sponsors to include information from ERISA Section 404(a)(5) participant fee disclosures on the Form 5500. That will include information about administrative fees as well as investment fees. “It will make it easier for people to find, participants as well as the companies that provide databases,” Itami said. “It will be easy to see what other similarly situated plans are paying.”

However, a downside might be that it will also make it easier for the Department of Labor (DOL) and plaintiffs’ attorneys to see what plans are paying. 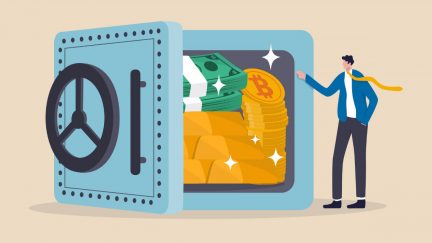 What Is a Look-Through Investment Vehicle?