A court filing in the U.S. District Court for the Eastern District of Pennsylvania shows the parties in the Employee Retirement Income Security Act (ERISA) litigation targeting the University of Pennsylvania (UPenn)’s 403(b) plan have reached an agreement to settle.

Details of the settlement have not yet been published, and it is unclear at this stage if they have even been fully developed. However, the filing of a stay motion related to the forthcoming settlement represents the beginning of the end for the complicated litigation, which stretches back to an original complaint filed in 2016.

The case boasts a complicated procedural history that first saw the District Court dismiss the complaint. That decision, filed in 2017, was based in part on the fact that the 403(b) plan in question offered a wide array of investment options, which the court interpreted to mean that the claims that participants were forced into high-priced and poorly performing investments could not stand up.

In May 2019, the 3rd U.S. Circuit Court of Appeals revived the lawsuit. The appellate court agreed with the dismissal of most claims, but when it came to claims about excessive fees and improper investments being allowed to stay in the plan, the court found the plaintiffs plausibly alleged a breach of the fiduciary duty under ERISA. The appellate court determined that the plaintiffs had brought forward “numerous and specific factual allegations that the university did not perform its fiduciary duties with the level of care, skill, prudence and diligence to which plan participants are statutorily entitled under ERISA Section 1104(a)(1).”

In December 2019, the defendants unsuccessfully petitioned the Supreme Court to overturn the 3rd Circuit ruling. 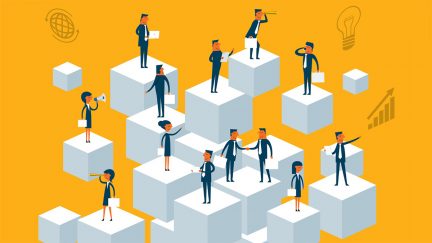